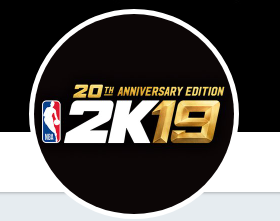 According to the Wall Street Journal, Take-Two Interactive (TTWO) is paying the NBA $1.1 billion over 7 years for the license to create NBA 2K. Clearly, the success of the franchise is always going to come at an ever increasing cost similar to TV deals with sports leagues.

For a franchise game that only sold 10 million copies with the 2K18 version, a deal costing $157 million a year appears expensive. The user base has apparently doubled since the last deal so the license fees are doubling as well.

BoA analyst Justin Post places the microtransactions in the game at up to $250 million, a level that might support these high license fees. Either way, success will always come at a cost.

The company doesn't even generate $3 billion in annual revenues so spending 5% on just the license fees for one franchise appears rather high. Look for more details on the deal with the next quarterly report in February with an eye on the long-term cost.

Like the other interactive content companies, Take-Two is been hit hard with the sell-off. The stock trades at about 20x EPS estimates, a level that is likely closer to the trough.