By Mark Holder - March 10, 2010
Most importantly to us, Regions Financial (RF) and Synovous Financial (SNV) our both up sharply today. For RF its clearly partly technical as they hit new 52 week highs and breakout from a double top. For SNV its like just a move with the sector today. Cramer was bullish on banks yesterday and in general the tone seems to be improving.

The Opportunistic/CVIM Model is doing the best today as it has a higher concentration in those 2 stocks while the Growth Portfolio is also gaining in large part to a high concentration in the financial sector at roughly 20%. Though it contains much more of Hartford Financial (HIG) and ICICI (IBN) then these 2 regional banks.

The chart on RF looks similar to how we expect the SP500 to go over the next few weeks. Initial weakness at the recent high (Jan in the case of the SP500) and then support from the rising 20ema and an eventual push to new highs on the 3rd try at 1150. 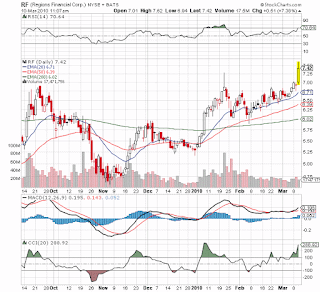 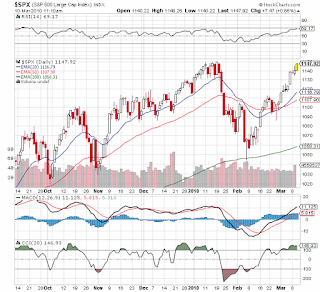 Finally the chart of SNV. Not as impressive as RF. Still need to work thru several layers of resistance. The RSI is just at 57 so its got plenty of potential juice left to make that move. 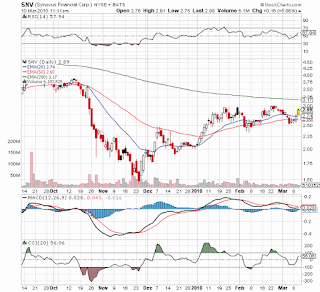