By Mark Holder - September 10, 2010
Everybody claims it's not a stock picker market because all stocks are theoretically trading together due to ETFs. Not sure what explains why some stocks are hitting 52 week highs and others are lagging. Other then Riverbed Technology (RVBD) which has consistently hit new highs recently, Millicom Cellular (MICC) and ICICI Bank (IBN) are at or approaching 52 week highs under the radar.

What do these 2 stocks have in common? Mainly a focus on business outside the US in fast growing markets.

MICC is a leading cellular provider in Latin America, South America and Africa. They operate in 14 locations in these fast growing areas providing much more opportunity then any domestic operator. MICC has continued to slowly creep up even during a flat to down market the last 4 months. Almost a perfect chart. 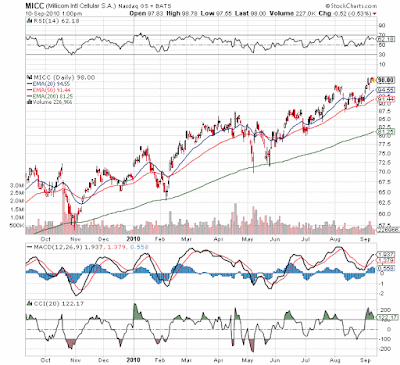 IBN is a leading bank in India. Having one of the largest banking networks in the fast growing country with the goal of growing beyond the borders of that country. IBN expects to one day become a Top 10 bank in the world by utilizing cheap bank end operations in India to run networks all around the world. IBN is now trying to break above its early April highs in the mid $45s. 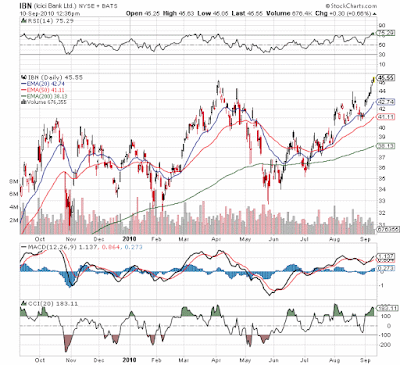 Either way, both stocks will continue to benefit from global growth and the lack of exposure to the US economy. Both stocks will likely remain core positions of the Growth Portfolio.