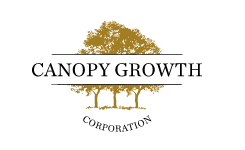 In the much anticipated and long delayed Q4 earnings release, Canopy Growth (CGC) likely trades like a dude similar to Aurora Cannabis (ACB). The company generated massive growth, but the opening up of the recreational cannabis market in Canada has as many questions as answers.
Canopy Growth generated net revenues of C$83.0 million by selling 10,102 kilograms of cannabis. Analysts forecasts sales in excess of 12,000 kilograms. Analyst estimates were mostly meaningless though.

The company provided these key numbers as the most important to analyze. The medical cannabis ASPs were actually solid, but one has to wonder why Canopy Growth is aggressively chasing the recreational market with substantially lower ASPs.

The Canadian medical cannabis product sales declined by 29% so the higher ASP is meaningless. As well, the International sales are immaterial at only 204 kilograms in comparison to over 8,000 kilograms sold into the recreational market.

Another reason the number were meaningless is the production ramp up that left the company with minimal gross margins. Outside of these startup operations, Canopy Growth suggests gross margins at 40%.

Of course, the issue is that operating costs were at about $96 million leading to an adjusted EBITDA loss of $69 million. The end result being that these cannabis stocks are incredibly difficult to analyze. Nothing in this report suggests the stock will rally following these results.