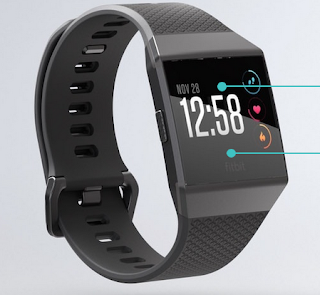 The story surrounding Fitbit (FIT) remains one of getting the growing wearables market in tune with product development. The stock remains one worth the gamble after reviewing Q4 market data.

Per IDC data, Fitbit stands in a strong second position in the global wearables market. The company sold 5.4 million units in Q4 though the shipments declined from 6.5 million in the prior year period.

Fitbit maintained a 14.2% market share only following Apple (AAPL) at 21.0%. Xiaomi stood in 3rd, but the Chinese company isn't focused on the global markets leaving Fitbit in a clear lead over Garmin (GRMN) in the global markets, ex-China. Even Apple only focuses on smartwatches leaving Fitbit the leader in the fitness sector with even their watches focused more on fitness functions than communications.

The big opportunity exists for Fitbit to consolidate the industry. As the below chart highlights, the vast majority of wearables are sold my companies not falling into the top 5. For most of 2017, the other providers accounted for 50% of sales. Fitbit could conceivably double sales without the market even growing. What really makes the stock interesting besides the market leading position is the attractive stock valuation. Due to a large cash position, Fitbit only has an EV of around $600 million. Sales are targeted at $1.5 billion.

Fitbit clearly falls into the opportunistic position as the market is throwing away the stock due to disappointments over the last couple of years and missing the clear value. Any company with potential catalysts trading below and EV/S multiple of 1x is an extraordinary opportunity.

Starting a position at $5 is a logical point though one needs the flexibility to add as the stock will trade volatile and may never reach a breakout point.