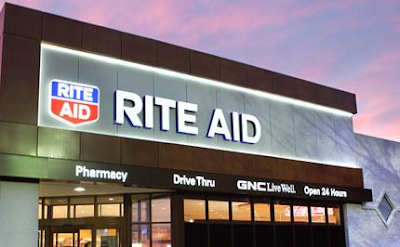 Typically, a reverse merger is a sign of a company facing troubling finances, though I'll be the first person to tell investors that this isn't always the case. Each stock in the process of a reverse merger needs the merits of its individual case reviewed by an investor. In the case of Rite Aid (RAD) and Novavax (NVAX),  these reverse mergers are signs that these stocks face incredibly difficult times ahead and the stocks are likely headed even lower.

Rite Aid got approval by shareholders for a reverse split that needs to happen by the end of June to cure NYSE requirements for a $1 listing. At $0.57, the stock would trade at $11.40 on a 1:20 split to take place on April 22. The problem is that Rite Aid continues to face more pressure from Amazon in the pharmacy space and stronger competitors that are already struggling. At a price over $10 after the split, Rite Aid is likely to face even more selling pressure. Analysts have the retail pharmacy earning around breakeven or the next couple of years suggesting the stock will just head lower with a higher stock price and now earnings.

On April 1, Novavax proposed a 1:20 reverse split to be voted on during the annual meeting on May 8. One can't really make it up that the biotech used April Fool's Day to make this release. Novavax trades at the same $0.57 and has had 2 Phase 3 RSV studies fail to meet endpoint targets. The company remains on the campaign to try a Phase 3 test on a flu vaccine and drug approval for ResVax. With a $100 million cash balance, Novavax has only a couple of quarters of cash based on Q4 burn rates so one should expect the nonstop share issuances to continues at sub-optimal price levels.

MyMindSpeaks said…
Great Blog!! That was amazing. Your thought processing is wonderful. The way you tell the thing is awesome. walgreens photo coupon
October 17, 2019 at 5:34 AM