By Mark Holder - February 16, 2018
As Chipotle Mexican Grill (CMG) becomes a shell of itself by hiring the CEO from Taco Bell and struggling to recover from the health scare, the restaurant concept with the attractive growth prospects now is Shake Shack (SHAK).

Like the industry, Shake Shack reported weak comp sales. The company though grew Q4 revenues by 32%. Most importantly, restaurant operating margins were an incredible 26.6% for 2017. The numbers are very close to where Chipotle peaked.

The biggest concern remains the NYC concentration. Those stores account for only 23% of the comp units and a rather large 41% of sales. The concern is that the stores outside of NYC won't garner the same sales volumes. 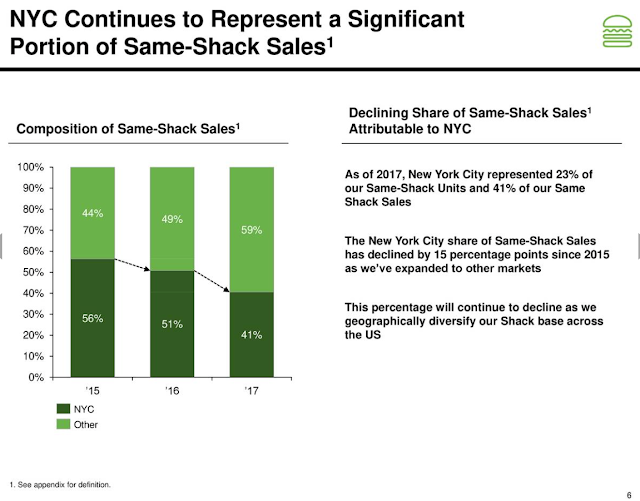 With a market cap of about $1.4 billion and trading at 55x forward EPS estimates, Shake Shack isn't cheap and won't likely ever be cheap. As long as the margins remain high, the restaurant stock is one to own on dips.